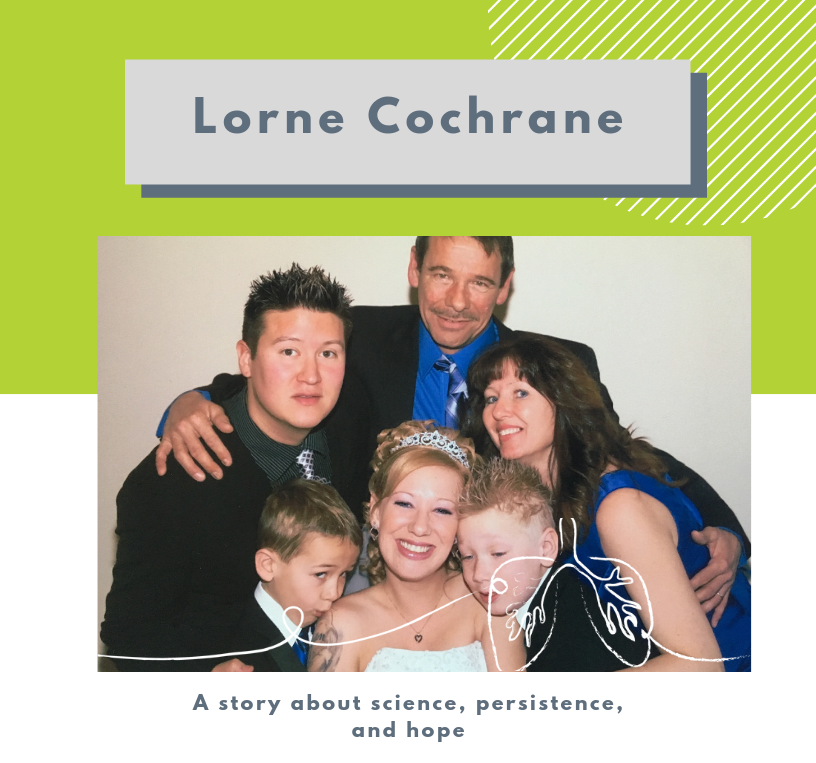 Lorne Cochrane is 59 years old and no stranger to the ravages of lung cancer. The disease claimed the life of so many who were close to him. His grandfather, his mother and two of his aunts passed away from lung cancer. It was the stage I diagnosis of his twin brother and death of his mother in 2012 that propelled Lorne to get screened.

The test results were shocking. They showed he had several tumours in both lungs, adrenal gland, kidney and pancreas, and he was subsequently diagnosed with stage IV lung cancer. That was definitely a jaw-dropping moment for Lorne especially because he didn't have any symptoms or signs of the disease.
Radiation or surgery were not options. Lorne was offered chemotherapy and given 12-13 months to live. This was a shock to Lorne, his wife and children. He was in good shape and felt fine. How could he only have a year of life left? Lorne was always optimistic and his perspective didn’t change despite facing Canada’s number one cancer killer.

Lorne’s wife, Mary, was not ready to accept the news. She was not ready to lose her husband, her partner, and her best friend. Mary was driven to do everything in her power to help her husband and began to research new treatments and clinical trials that if anything, could give Lorne more time. After chemotherapy stopped working, Mary and Lorne went and discussed with their oncologist the possibility of other treatments such as clinical trials. Lorne said, “I’m young and still feel healthy. Why don’t you try something on me now instead of waiting until I’m on death’s doorstep. If it will benefit others and maybe myself, then I’m willing to be a test pilot”. After a few weeks, Lorne’s oncologist called him and said that a trial had come available and asked if he would like to participate and Lorne said “YES!” without hesitation.

After working with his oncologist to complete the required tests, he was enrolled in the trial and began immunotherapy. His side effects were minimal. After 4 weeks, his phlegm cleared up, a positive sign. After 9 weeks on treatment, the medical team noticed something. Lorne’s tumours showed a major reduction in size. This was incredibly promising for Lorne, his family and the researchers following his journey.  Eventually, the tumours were unmeasurable and the prognosis he had initially received reversed. It was a remarkable response from a new approach to treatment that would change the way the medical community looked at treating lung cancer.

Lorne’s story highlights the importance of persistence and hope. Science and innovation changed life for him and his family. Lorne remarks, “Science and research are how I spell HOPE”. Lorne’s twin brother Lloyd was not fortunate enough to be on the same treatment and passed away in November 2016 due to complications from his lung cancer. It has been more than seven years since his diagnosis and Lorne credits his wife, his doctor and all of the researchers for saving his life. He continues to undergo follow-up and considers this the ‘new normal’. Lorne and his family urge patients to never give up, lung cancer can be beaten and he is living proof.

“A lung cancer diagnosis can be paralyzing”. “You need an ally who can go along the journey with you, no one person can battle lung cancer alone”, says Lorne. 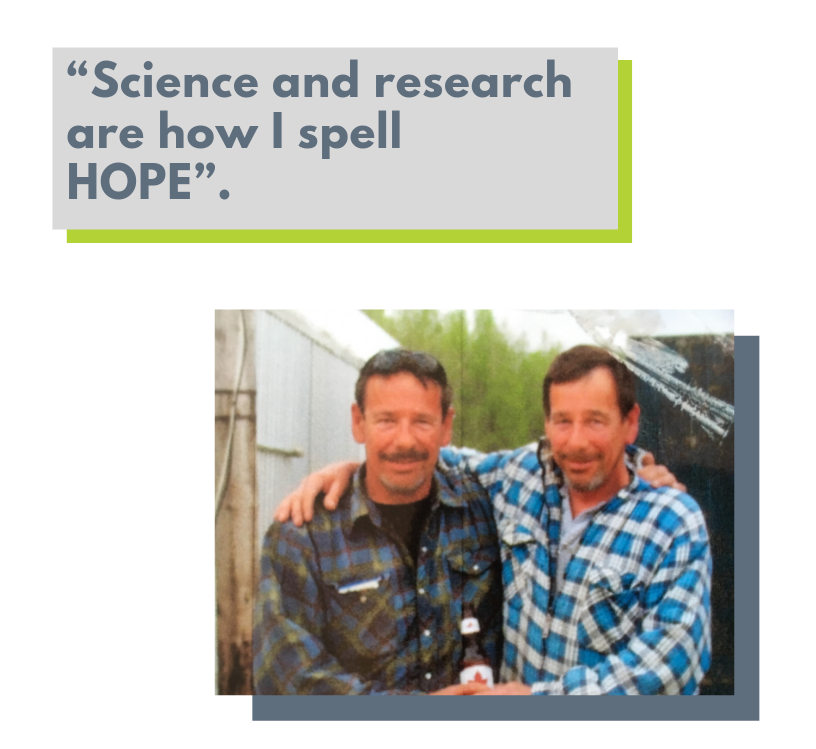