What is Staging?
The stage of a lung cancer helps informs treatment decisions and prognosis. Stage indicates how big the tumour is, where it is located within the lung, whether it has invaded tissue outside of the lungs, and whether it has spread to other sites in your body.

Each year, the Canadian Cancer Society (CCS) brings forward updated statistics on the burden of disease across all cancer types. In 2018, CCS developed a special report on cancer incidence by stage, addressing the cancer community’s need to build out a more granular mapping of cancer across the country while identifying the varying burdens of the disease at each stage of progression. The research reflects more than twenty-five years of work and collaboration across the provincial and territorial cancer registries, Statistics Canada and their partners.
The CCS report highlights the low survival rates in lung cancer, in large part due to late diagnosis. One example cited estimates of five-year relative survival rates for non–small cell lung cancer (NSCLC) in the United States range from 1% to 10% across the sub stages of stage IV, and from 68% to 92% for the sub stages of stage I1. Meanwhile, five-year survival estimates are lower for small cell lung cancer (SCLC): 2% for stage IV and 31% for stage I1.

Why does the stage of lung cancer matter?
Knowing the stage of disease helps inform medical teams in assessing prognosis, treatment plans and the probability of effectiveness. When evaluated statistically, this information can point to trends over time and regional differences. For lung cancer, this valuable information was collected in every province except Quebec since 2010. Routine cancer staging is categorized, as follows:

Stages of Lung Cancer
Non–Small Cell Lung Cancer  The stages of NSCLC are numbered from 0 (zero) to IV (four), from least to most advanced. The stage is determined with TNM scores.

The tables below provide a description of the different stages defined by TNM scores. It is a complicated system, and combinations of different TNM scores can be grouped into the same stage. You can discuss the specific stage of your cancer with your healthcare team and ask them any questions you have. Each type of cancer has its own TNM staging classification; for example, the TNM staging system for breast cancer is much different from the system for lung cancer. Small Cell Lung Cancer  SCLC may be defined with TNM scores or as limited-stage or extensive-stage. Limited-stage SCLC is usually found in only one lung, and may also be found in the lymph nodes in the chest and those near the collarbones. In extensive-stage SCLC, the cancer has spread to both lungs, or to distant lymph nodes and organs. Grades of Cancer Cells The grade of a tumour is another feature of the cancer that helps guide your cancer treatment. Grade describes how different the cancer cells look compared to normal lung cells. It also gives doctors an idea about how fast the cancer cells grow and how aggressive the cancer is. More normal-looking cancer cells have a lower grade and are easier to treat, whereas cells from a more aggressive cancer have a higher grade. Different stages of Lung Cancer and Their TNM Scores 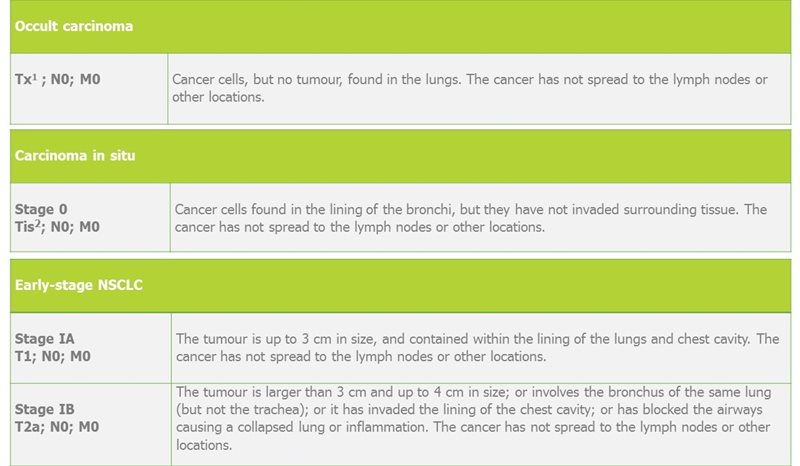 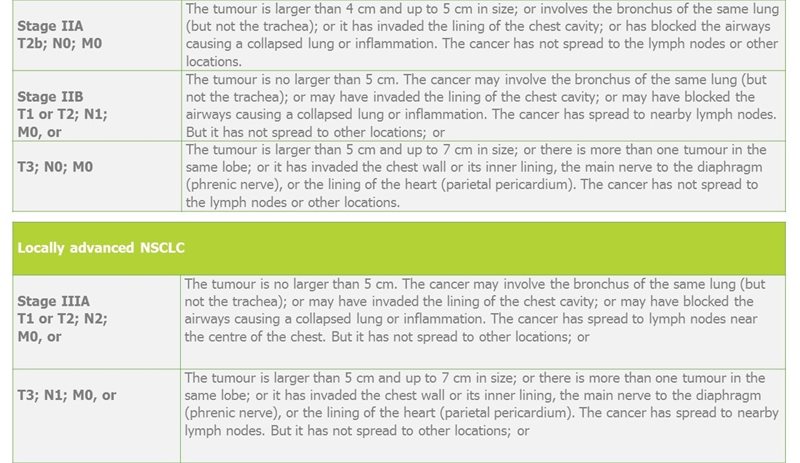 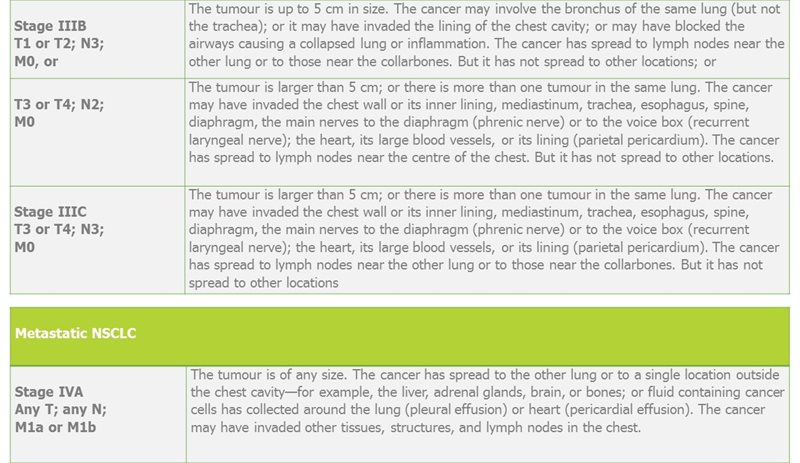 1 In occult carcinoma, no number is assigned to the T component as only cancer cells, and not a tumour, have been found.
2 Tis stands for tumour in situ. In situ, in Latin, means in its original position. 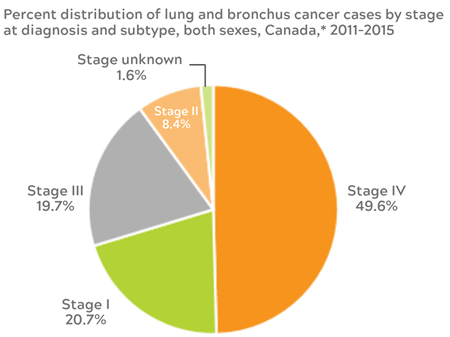 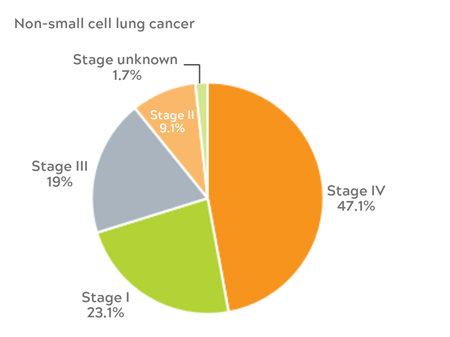 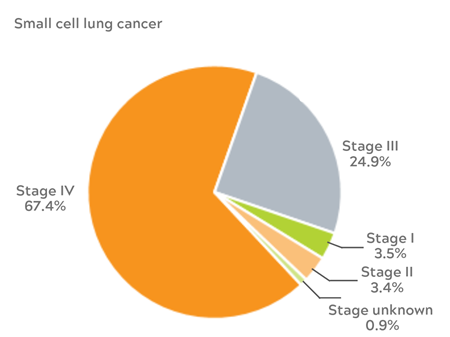